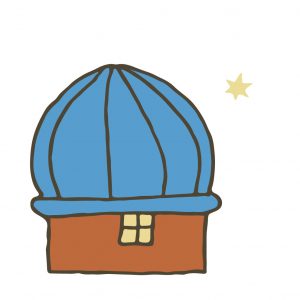 Although astronomy had been taught at Cheltenham Ladies’ College since the 1850s, the Observatory that stands on top of Princess Hall was not erected until 1897.

Although astronomy had been taught at Cheltenham Ladies’ College since the 1850s, first by former head Miss Dorothea Beale for 48 years, the Observatory that stands on top of Princess Hall was not erected until 1897. At the time of its construction, the Gloucestershire Echo published an article from which this extract is taken: ‘The design of the building is essentially English Gothic, of the close of the fourteenth century. The north-west tower, 70 feet high, is crowned by the cupola-like observatory, which adds another 14 feet. A staircase leads up to the tower, through the clock room, to the observatory, which is prepared to accommodate a telescope and other astronomical apparatus; the revolving dome, pierced by a shutter, is constructed of steel covered with papier mache and canvas painted sea green.’

Another article in the Gloucestershire Echo, this time published in 1901, describes a soiree at the ladies’ college: ‘Nearly every department of the college was, in fact, thrown open, including the observatory, from which those who had the perseverance to mount so high, obtained views of Saturn with his rings and Jupiter with his planets, to say nothing of the nearer and equally picturesque view of Cheltenham bathed in moonlight.’

During the Second World War the dome was used as an observation post.

In the time since Miss Beale began teaching astronomy, we have seen men walk on the Moon, rovers explore the surface of Mars and probes study the outer planets and their moons, even landing on one.  Earth-based astronomy is still valuable and huge telescopes have been built to study distant galaxies. The amateur astronomer has an important role, often making significant discoveries.  Our thriving local group, The Cotswold Astronomical Society, meets monthly in Shurdington. The session includes a talk by expert speakers who cover a wide variety of astronomical topics, an opportunity for practical help with telescopes, photography and observing, and a chance to chat with fellow enthusiasts over tea and biscuits. Previous knowledge is not at all necessary and visitors are always welcome. Some members are keen astrophotographers. Their work not only produces wonderful images, it assists in watching for supernovae, comets and variable stars, helping to give a greater insight into our vast and beautiful universe. Spectacular photographs can be achieved by attaching an ordinary camera to a telescope or binoculars. Radio astronomy is also popular; amateur radio buffs can monitor solar flares and meteors with quite simple equipment. For some, just gazing at the stars is enough.

For more information about radio astronomy: