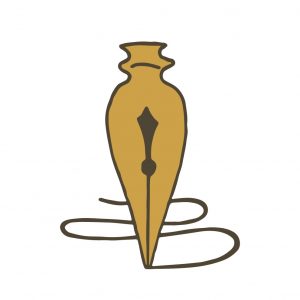 Little known English novelist, Sarah Harriet Burney, moved to this former boarding house in 1841. Her career as a writer, although successful, was overshadowed by her more famous elder sister, the novelist and diarist Frances Burney.

Sarah Burney was a novelist and half-sister of Fanny Burney, also a novelist and who was famous for accompanying King George III on his visit to Cheltenham in 1788.

Although Burney was often overshadowed by Fanny, they remained quite close and was described by her sister as being entertaining, intelligent and good-hearted. For most of her life Burney was a governess who never married nor had children. She wrote to earn money.

In her literary career, Burney wrote seven novels, beginning with Clarentine (1796) published anonymously in 1796 when she was just 24 years old. The book had moderate success although Jane Austen famously disliked it, describing it as “foolish” & “full of unnatural conduct & forced difficulties.” Her third novel, Traits of Nature (1812) which she wrote at the age of 40 was about family relationships and was a popular success, the first edition selling out in four months. Other novels she wrote were so popular they were published in French and German. Her mystery novel The Renunciation (1839), written when she was 66 years old, starts with a kidnapping of a young girl as she comes out of a Cheltenham theatre. Someone whispers in her ear “Silence – or you die!”

Burney moved to Cheltenham, like so many people, for her health. She suffered from rheumatism and was interested in the therapeutic waters of Cheltenham. In a letter from 1840 she wrote, “My present plan for the summer, is to pay my annual visit to Cheltenham, which has always done me good. I like the morning band at the Montpellier Spa, and the morning exhibitions, and Concerts, & all the Cockney doings – I endeavour to get a lodging in the Promenade, that I may see the folks, pedestrians, equestrians and carriageites”. Burney became so attracted to the town that she moved to Cheltenham permanently in 1841.

Burney lived at one of the principal boarding houses, Belgrave House (now Pizza Express), located in a conspicuous position on the corner of Imperial Sq and the Promenade.

Burney was quite unwell while she lived in Cheltenham and describes in one of her letters how she travelled about the town, “they have little chariots here set upon 3 wheels, drawn by one man, like a Bath chair, but with doors and windows and warm rugs at the bottom, just like a grown up carriage, and when I do venture out, it is in one of these”.

Although a somewhat lost author today, Sarah Burney was a pivotal figure in the development of the Victorian novel as we know it. The eighteenth and nineteenth century saw the rise of the novel which focussed on the ordinary individual and their position within society. In the first of her two tales, The Renunciation, published in the volume ‘The Romance of Private Life’, Burney employs a range of styles typically seen in the Victorian novel as it progresses through the nineteenth century.

The story opens on the familiar streets of Cheltenham, as a couple, Mr and Mrs Blake and their apprentice girl Agnes, leave the theatre. The reader is thrown straight into the action as the orphaned heroine, Agnes, is kidnapped by a mysterious man within the first few pages. The mystery surrounding her kidnap and her true identity are kept under wraps until the closing pages of the novel. Although the story does employ some of the typical elements of the mystery story, The Renunciation is primarily a realistic study of domestic life. Burney explores in minute detail the role of the main character within the family unit, and more widely her place in society. A precursor to the style developed by George Eliot in her later novel Middlemarch. We subsequently follow Agnes as she travels through London to Paris, settling into the household of her strange kidnapper Mr Wharton and his sister, Mrs Marchmont. We watch as Agnes develops into a young woman, assuming the identity of Lucy De Vere, before ultimately we discover Agnes’ true identity and her relationship to her namesake Lucy. Successfully publishing under her own name, Sarah Burney must be studied alongside other female writers of the period in the development of women’s writing. Although only earning a meagre wage from her writing, Burney becomes a self sufficient woman in her latter years, after her father’s death. Similarly Agnes too becomes a self-sufficient artist in the novel, although eventually finds her place back within the patriarchal family unit.

Alongside the similarities to Eliot in her observation of everyday life, Burney’s novel, The Renunciation, has striking resemblances to Oliver Twist by Charles Dickens. Published within a similar time frame both follow the leading orphaned character as they lose their identity before ultimately being rewarded for their virtue with a new and better place in society.

The Renunciation is an intriguing read and Burney has a keen eye for detail in her descriptions (often leading to sentences that can be a little too convoluted in places). Read in relation to her contemporaries and her position in the canon of literature, her work is an influential step in the development of the Victorian novel.